Henry Handel Richardson is the pseudonym of the celebrated Australian-born writer, Ethel Florence Lindesay Richardson (1870-1946). Her early novels, Maurice Guest (1908) and The Getting of Wisdom (1910) were acclaimed by prominent writers and critics in England, America and Europe, and in Australia in the mid-1920s when Nettie Palmer began to champion her works.

Tributes to her include a plaque on Sydney Writers Walk, the naming of a suburb of Canberra and a residential hall at Monash University, a dedicated National Trust House in Chiltern, and portraits in the collections of the National Portrait Gallery and the National Gallery of Victoria.

In 2008, the Henry Handel Richardson Society of Australia (HHRSA) was formed to provide ongoing promotion, enjoyment and engagement with her works and life.

HHR was born in Fitzroy in Victoria, Australia, on January 3, 1870, the elder daughter of Walter Lindesay Richardson M. D., and his wife, Mary. Her sister - Ada Lillian – was born in 1871.

When HHR was four the family was forced to return from a trip to Britain following news of financial problems. This was the beginning of a decline in both their financial fortunes and the physical and mental health of Walter Richardson.

The family moved often in this time – from Melbourne to Chiltern, to Queenscliff, from where Walter was admitted to Cremorne Hospital in Richmond and later to Yarra Bend Asylum. Mary began training as a postmistress in Queenscliff to support her young family. She took up a post in Koroit and Walter came home to die there in 1879. A relatively peaceful time followed in the Post Office in the town of Maldon from 1881. 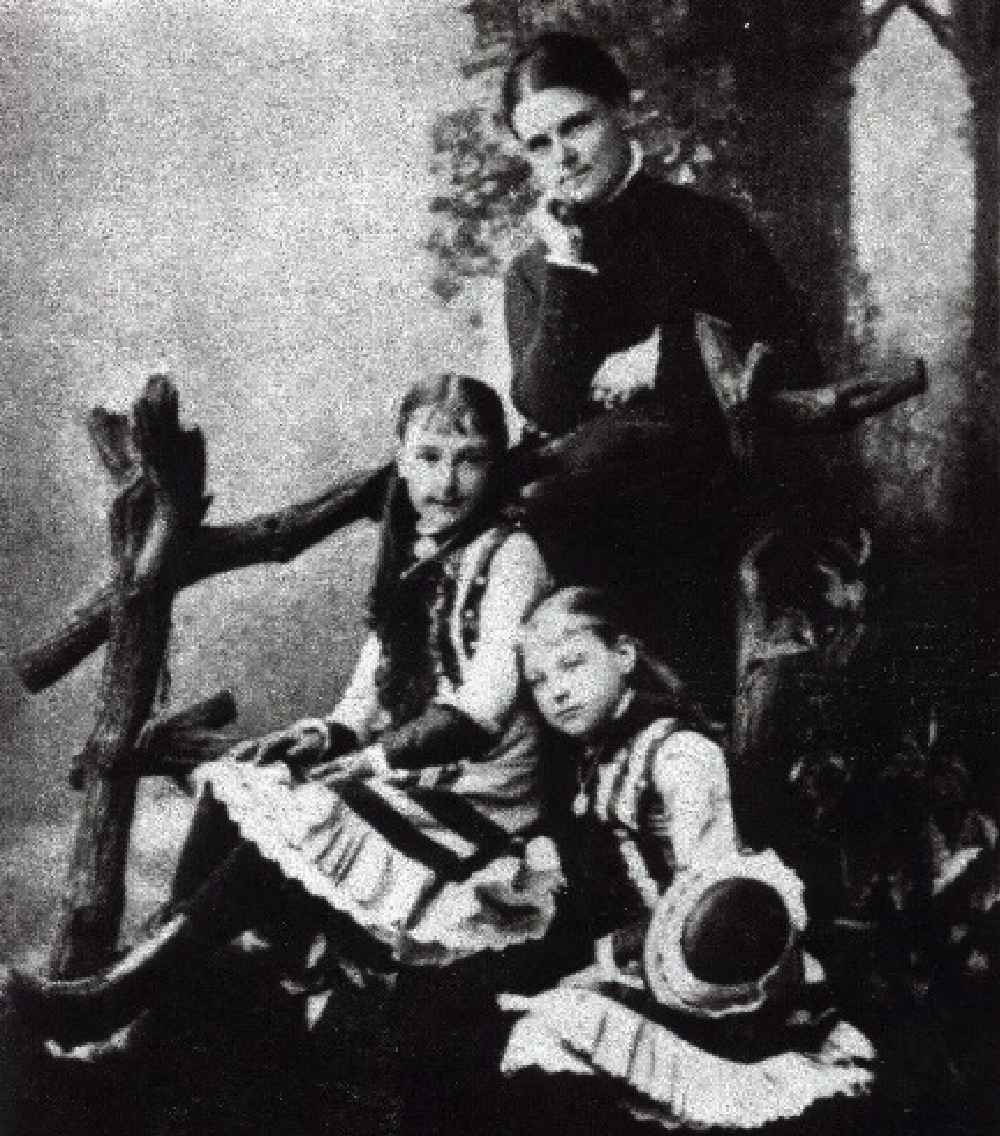 HHR went from Maldon in 1883 to board at Presbyterian Ladies' College in Melbourne, attending from the ages of 13 to 17 and excelling scholastically and in music. The family moved to Melbourne in 1887.

HHR’s mother took the family to Europe in 1888 to enable HHR to continue her musical studies at the Leipzig Conservatorium. While studying there she was also introduced to Russian, French, English, German and Scandinavian literature by the literary scholar, John George Robertson. They married in 1895 and lived first in Munich. With her husband’s encouragement, HHR began her own literary career with the writing and publication of articles concerning literature and music.

More significantly she translated two novels of ‘The Modern Breakthrough’ movement in literature that were to be highly influential on her own fiction writing: Jens Peter Jacobsen’s Niels Lyhne (Danish) and Bjornstjerne Bjornson’s The Fisher Lass (Norwegian).

HHR and her husband moved to Strasbourg in 1896, and then in 1903 to London, where Robertson had been appointed to a chair of German at the University of London as a Professor of German Literature. 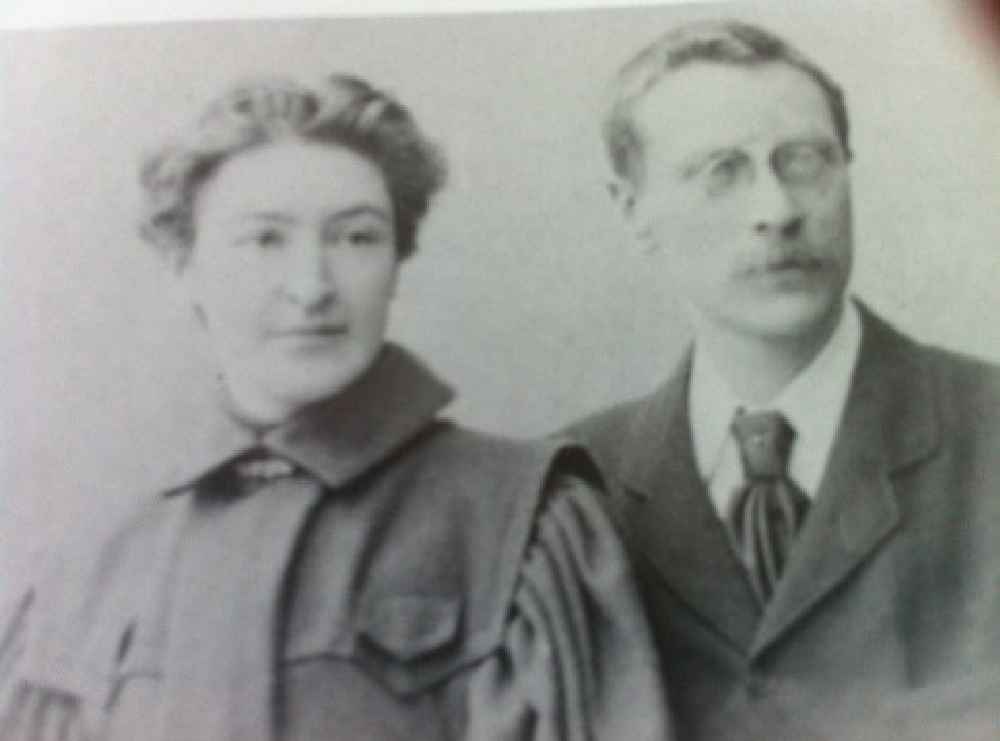 The Writer in England

HHR lived in London from 1903, making frequent trips to Europe. Her first novel, Maurice Guest, set in Leipzig, the city where she studied music, was published in 1908. The Getting of Wisdom, inspired to some extent by her experiences at PLC, followedin 1910.

In 1912 she made her only return trip to Australia to research settings for what would become the famous trilogy – The Fortunes of Richard Mahony. From 1915, while working on the first volume of the trilogy she spent part of each year in Lyme Regis where she met Olga Roncoroni and began a significant and lifelong friendship. 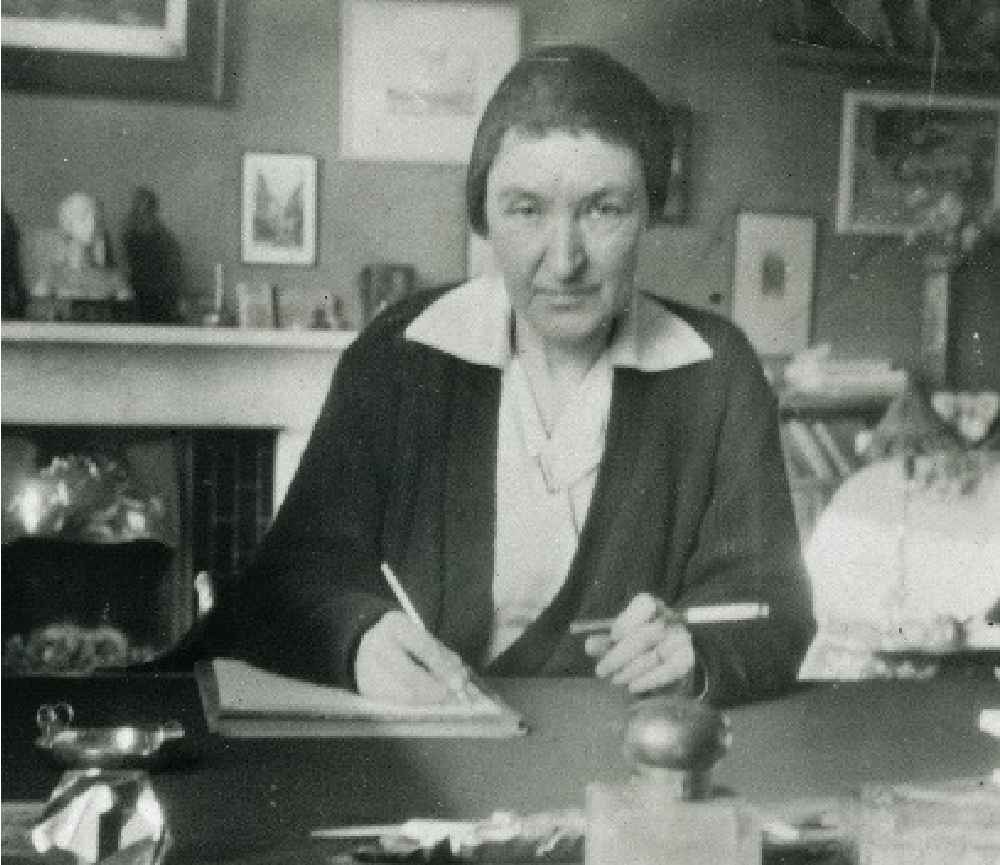 HHR at her writing desk

With the death of her husband in 1932 HHR moved with Olga Roncoroni to Fairlight, just outside Hastings on the southern coast of England. In 1934 she published a volume of her short stories, The End of a Childhood, followed by her last novel, The Young Cosima  in 1939. In 1943 she began work on her memoir, Myself When Young, which was published posthumously in 1948.

She died at her home in Fairlight in 1946 and her cremated remains were scattered at sea, along with her husband's.

Stay up to date with news, articles and readings about Henry Handel Richardson.