Clive Probyn will speak on: ‘Henry Handel Richardson goes to the Movies and comes Home with the Pianist’. 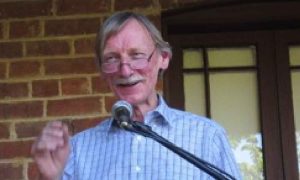 Richardson was a devotee of the cinema and also of the radio. The talk will be illustrated and will include biographical material, social history, and some discussion of Anglo-Australian cinematic parallels. Clive Probyn is Emeritus Professor of Literary Studies at Monash University. With Bruce Steele he is the co-editor of Henry Handel Richardson’s novels, letters and a translation. He co-founded the HHR Society, was its second President, and is HHR’s literary executor.

(The pianist in the title is Olga Roncoroni who HHR met at the cinema in Lyme Regis where Olga provided the musical accompaniment for the films.)

Stay up to date with news, articles and readings about Henry Handel Richardson.